Apple has shared two new support documents that outline how to connect and use a Bluetooth mouse or trackpad with compatible iPad models, including all iPad Pro models, the iPad Air 2 or later, the fifth-generation iPad or later, and the iPad mini 4 or later. 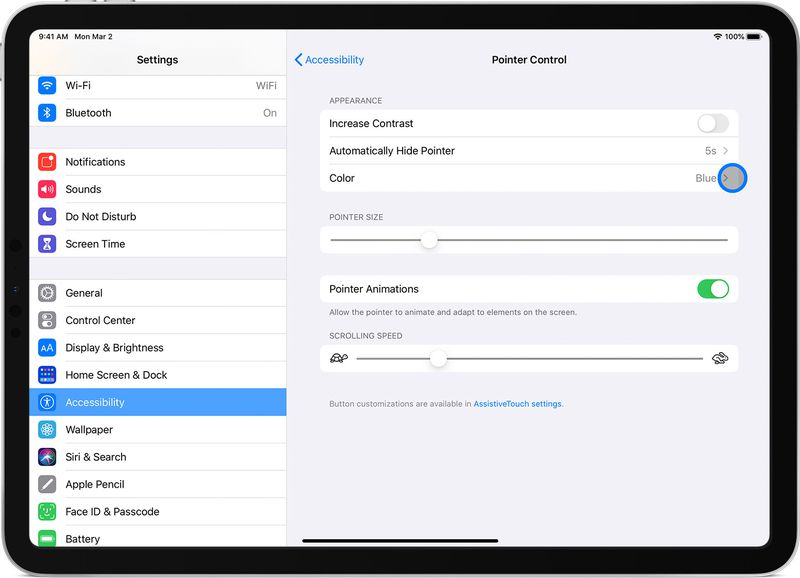 Connecting a Bluetooth mouse, standalone trackpad, or keyboard with a built-in trackpad to an iPad requires iPadOS 13.4, released Tuesday. Apple's own Magic Keyboard, Magic Trackpad 2, and Magic Mouse 2 can be used, as can third-party options like Logitech's new trackpad keyboards for the 10.5-inch iPad Air and 10.2-inch iPad.

Apple explains how to connect and disconnect Bluetooth accessories, adjust mouse and trackpad settings, customize the cursor, and more.

Apple will be releasing its own Magic Keyboard case with a built-in trackpad in May for 2018 and later iPad Pro models, and we have put together a guide with everything you need to know. Ahead of time, we've also shared a hands-on video showing how trackpad functionality works on an iPad Pro using Apple's Magic Trackpad 2.