Apple's newest video, "A Journey into the Valley of Fire," shows off iPhone 11 Pro's 4K video and Ultra Wide camera in an awe-inspiring Nevada state park. 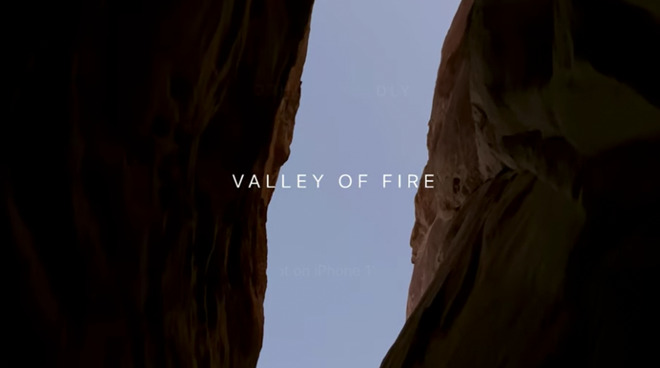 "Fifty miles from Las Vegas lie the remains of a monumental geological process, sculpted by 200 million years of wind and water. An ocean of rock, a valley of fire," reads the opening scene.

The video, shot on an iPhone 11 Pro, provides sweeping shots of the iconic sandstone structures that make up Nevada's Valley of Fire State Park. The song in the video is "Frontier" by Holly Herndon. Apple's "Shot on iPhone" project aims to showcase the video and photography capabilities of the iPhone. Other installments have included a recent ad that shows the iPhone 11's improved night mode, as well as an eight-minute short film for the Chinese New Year.