It’s that time of year again, as future iPhone owners who purchased the newest model(s) watch as other people around the globe start receiving their own ordered units.

The iPhone 11, iPhone 11 Pro, and iPhone 11 Pro Max went up for pre-order last Friday, September 13. Now, as September 20 rolls into existence in New Zealand (and eventually other markets), folks who ordered their shiny new iPhones are starting to get their hands on them as they are delivered.

There aren’t any physical retail Apple stores in New Zealand, so we can’t quite tell just yet how stock is doing at retail stores. But, as we you can see from the picture at the top of this article shared by Twitter user @danbakes, the smartphones are starting to arrive at their intended destinations.

And of course, the lines. Yes, as is par for the course, there are lines starting to crop up at Apple Stores across the globe. Twitter user @Wildreamz shared a couple of photos today, showing lines outside an Apple Store in Singapore, one of which you can see below: 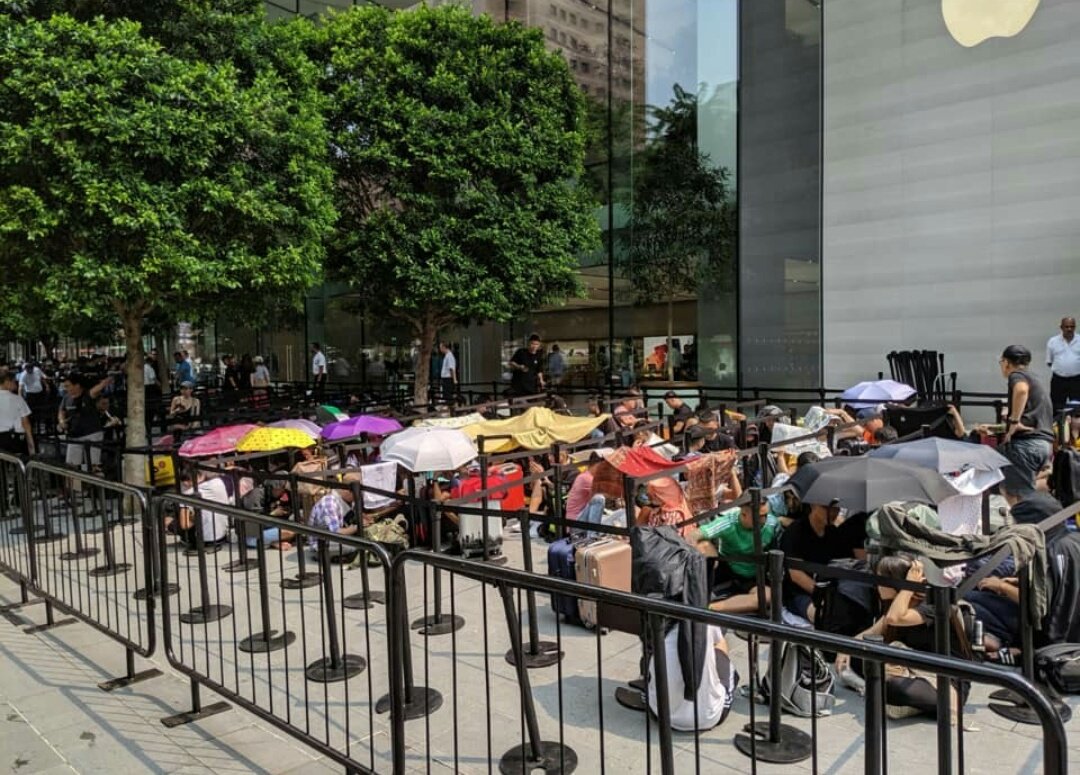 Apple Stores are the primary source of line-sitting, but there are other options if you didn’t pre-order. Third-party retailers, like wireless carriers, should also have stock on launch day, September 20. However, they might have limited amounts of certain models. It certainly sounds like the iPhone 11 Pro and iPhone 11 Pro Max will be a bit harder to find.

Did you pre-order? If so, which model did you go with?