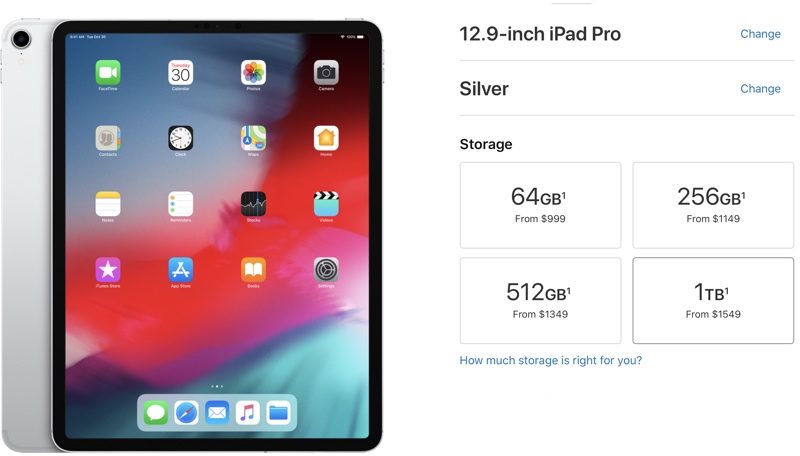 When the new iPad Pro models were introduced in October 2018, the 1TB 11-inch iPad Pro model was priced at $1,549, while the 1TB 12.9-inch model was priced at $1,749. When flash storage prices drop, Apple often passes those savings on to consumers, and has dropped the price of higher tier Mac storage options in recent months as well. Pricing on the 64, 256, and 512GB iPad Pro storage tiers has not changed. It's been almost a year since Apple refreshed the iPad Pro, and rumors have suggested we may be getting a new iPad Pro model before the end of 2019. While most rumors have indicated the changes will be minor, some rumors suggest the new tablets could gain the same triple-lens camera added to the iPhone 11 Pro and Pro Max.