Apple had more installed solar energy capacity in the United States than any other company as of the end of 2018, according to a new report released by the Solar Energy Industries Association (via CNBC). 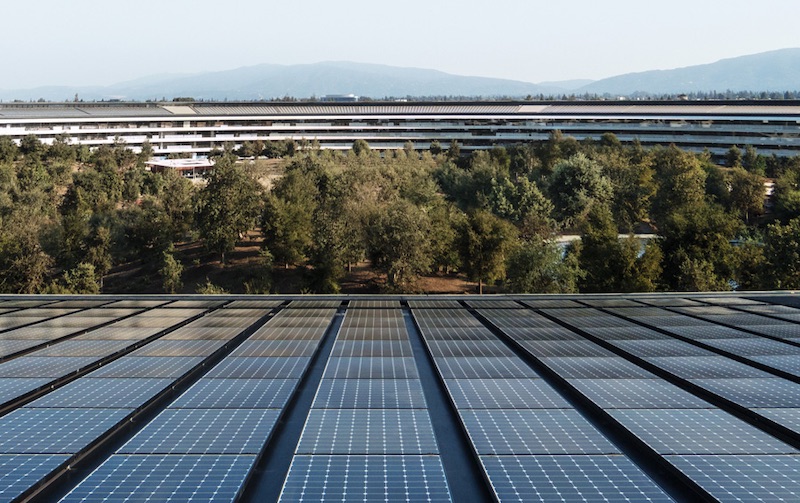 Apple led the way with 393.3 megawatts of installed solar energy capacity, topping Amazon and Target at 329.8 megawatts and 242.4 megawatts respectively. Google trailed in sixth with 142.9 megawatts. The rankings are based on both on-site and off-site solar installations in the United States. Last year, Apple announced that all of its global facilities, including retail stores, offices, and data centers, are now powered with 100 percent renewable energy. Apple Park, for example, is powered by a 17-megawatt rooftop solar installation, four megawatts of biogas fuel cells, and other clean sources. "We're going to keep pushing the boundaries of what is possible with the materials in our products, the way we recycle them, our facilities and our work with suppliers to establish new creative and forward-looking sources of renewable energy because we know the future depends on it," said Apple CEO Tim Cook.