Apple Music has invited DJ Khaled to be its first "Artist-in-Residence," Khaled announced today on his Instagram account (via Billboard).

Khaled says that as Artist-in-Residence, he will be taking over "the biggest playlists on the platform" every month while also debuting new artists. 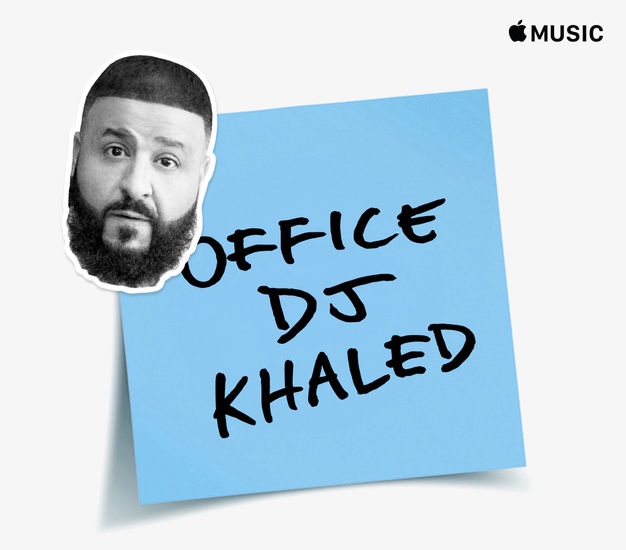 Khaled called on record labels and artists to "hit him up" to collaborate, and he announced his first takeover playlist: Office DJ. Next month, Khaled says that he plans to debut a "Gymflow playlist vibe."

Khaled posted a video on Instagram, depicting him on the phone saying he's "at work" and with an Apple badge. The artist says that his goal is to "break new artists" on the platform, and he has put out a call to all labels to contact him with suggestions.

Apple has increasingly turned to major artists and exclusives to attract people to Apple Music. Perhaps the best known example is Taylor Swift, who shot a series of commercials for the service, and whose album 1989 was exclusive to Apple Music for a time. Drake is also a common face for Apple Music.DJ Khaled launched his We the Best show on Beats 1 in February 2016.