In a move late on Thursday afternoon, Apple announced that long-time executive Sabih Khan has been promoted to the company's executive team as senior vice president of operations. 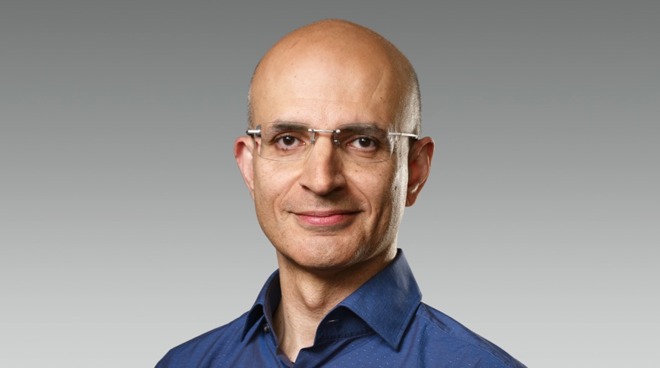 Khan earned bachelor's degrees in Economics and Mechanical Engineering from Tufts University and a master's degree in Mechanical Engineering from Rensselaer Polytechnic Institute. He worked as an applications development engineer and key account technical leader at GE Plastics, prior to joining Apple in 1995. "Sabih leads our Ops team with heart," said Apple CEO Tim Cook regarding the move. "He and his entire worldwide team are committed to delivering unmatched experiences to our customers, treating workers everywhere with dignity and respect, and protecting the environment for future generations."Apple notes that Khan is in charge of the team that developed a new alloy that enables the use of 100% recycled aluminum in the MacBook Air and Mac mini. Furthermore, the operations department is the division spearheading supplier partnerships for "green" manufacturing.According to Apple, Khan is responsible for "ensuring product quality and overseeing planning, procurement, manufacturing, logistics and product fulfillment functions." Khan's role is most similar to Tim Cook's role, prior to Cook's ascendance to Apple's CEO.Khan continues to report to Jeff Williams, Apple's chief operating officer. "I've been privileged to work with Sabih for more than 20 years, and you won't find a more talented operations executive anywhere on the planet," said Williams. "He is a world-class leader and collaborator, and I have no doubt that he will be the best leader of the Ops team in Apple's history."