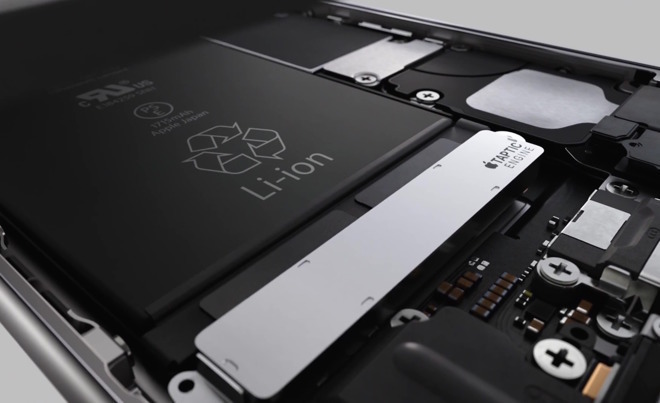 According to Apple's iOS 13 feature preview webpage, the upcoming operating system incorporates a novel battery optimization feature that helps prevent aging by reducing the time a device is spent fully charged.Lithium-ion batteries like those used in iPhone are somewhat sensitive to electrical currents when charging, a situation that is exacerbated when the cell nears full charge. Existing iOS battery management allows devices to fast charge up to 80% capacity — depending on temperature, duty cycles and other factors — before reverting to a trickle charge, a method designed to extend a battery's lifespan. Instead of relying on a predefined threshold, iOS 13 will include a tool that learns a user's daily charging routine and waits to top off an iPhone's battery until that extra power is needed. This process will slow the rate of battery aging by reducing the amount of time an iPhone remains fully charged, Apple says. The feature appears to be an option that can be enabled or disabled as needed. Apple came under fire in 2017 after it was discovered that an iOS update artificially throttled the performance of iPhones with depleted batteries in a bid to alleviate problems related to random shutdowns. Media and the public cried foul over the unadvertised "feature," prompting Apple to apologize for what it characterized as a "miscommunication." The tech giant later instituted a battery replacement program to deal with the fallout. In January, CEO Tim Cook revealed some 11 million people took advantage of the cheap battery offer.