Apple has announced the latest update to its augmented reality platform with ARKit 3. The latest release brings some major new features like people occlusion, motion capture, multiple face tracking, simultaneous front and back camera use, and more. 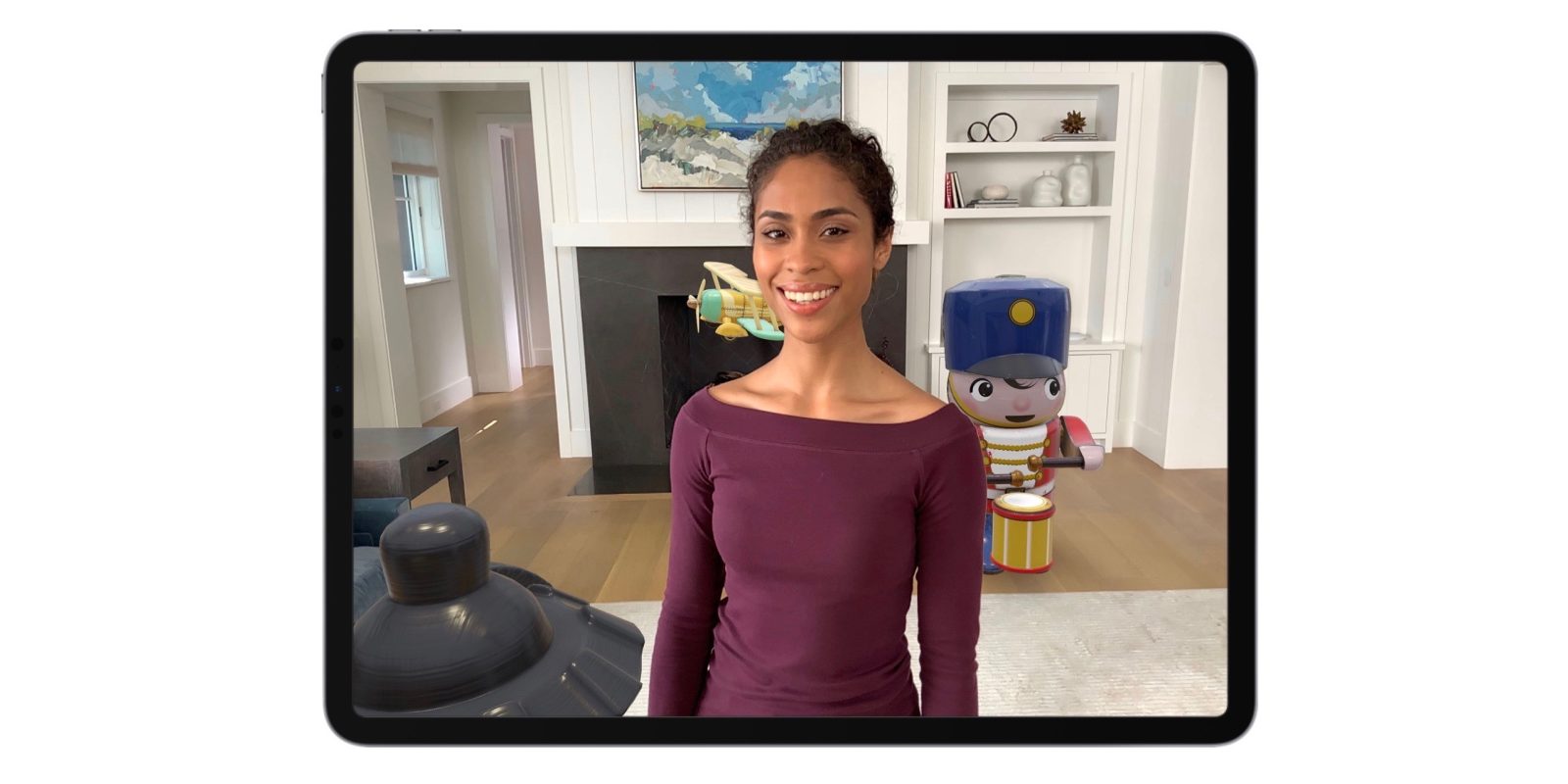 Apple showed off some of the impressive new AR features that come with ARKit 3 on stage during the WWDC keynote today. First up is people occlusion which offers a more realistic experience for users and makes things easier for developers.

Now AR content realistically passes behind and in front of people in the real world, making AR experiences more immersive while also enabling green screen-style effects in almost any environment. Motion capture is a way for developers to use movement and poses in real time as input for AR experiences.

Capture the motion of a person in real time with a single camera. By understanding body position and movement as a series of joints and bones, you can use motion and poses as an input to the AR experience — placing people at the center of AR. ARKit 3 now allows the simultaneous use of the front and back camera offering up new possibilities.

Now you can simultaneously use face and world tracking on the front and back cameras, opening up new possibilities. For example, users can interact with AR content in the back camera view using just their face.

With live collaborative sessions between multiple people, you can build a collaborative world map, making it faster for you to develop AR experiences and for users to get into shared AR experiences like multiplayer games. ARKit 3 features other improvements like the ability to detect up to 100 images at a time, machine learning being leveraged to detect planes, enhanced 3D-object detection, and more.

While it may seem like AR is ramping up slowly in real-world use, Wayfair says it’s making a big difference in its sales.