More evidence has emerged to suggest that Apple is beginning to move away from its iTunes brand after over 18 years of use. As noted on Reddit, Apple has abruptly removed all social media content from its iTunes page on Facebook, including posts, photos, and videos. This appears to have happened within the past 24 hours, as a cached version of the iTunes page on Facebook still had content available as of May 31. 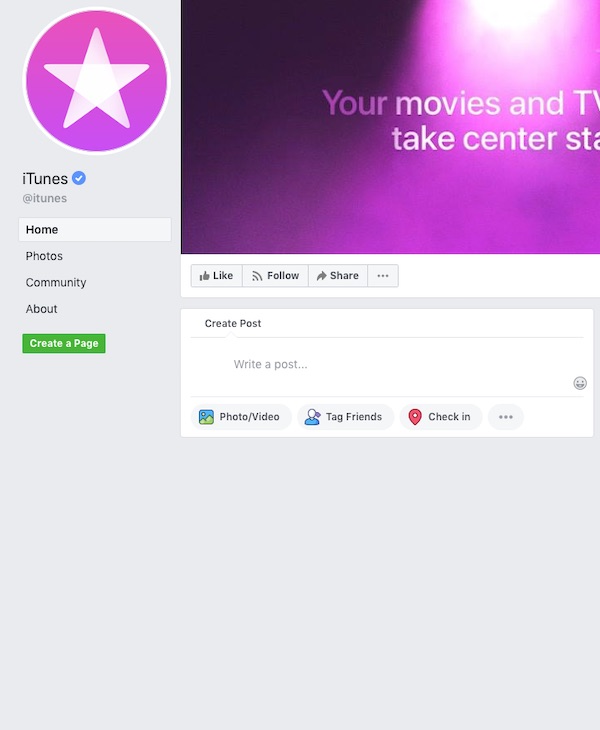 As far as we can tell, it looks like Apple has migrated its iTunes page to its Apple TV page on Facebook, including not only all of the content but nearly 30 million likes and its original April 29, 2009 creation date. Apple has also removed all photos and videos from its iTunes profile on Instagram, which points users towards the newer Apple TV page on Instagram, but its Twitter counterpart still has content for now. 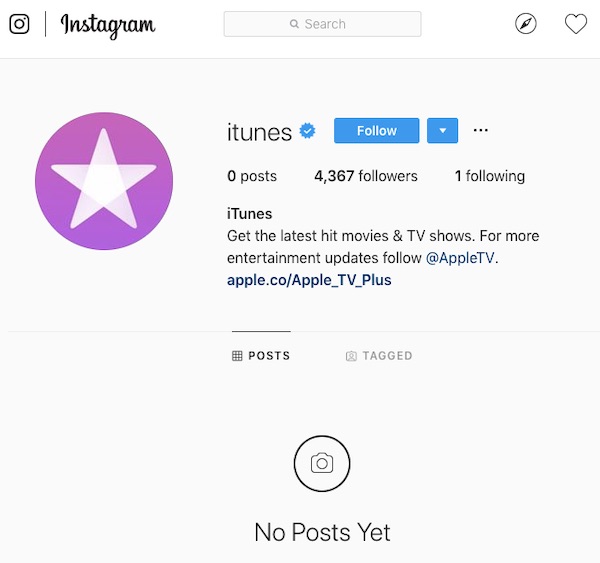 The blank pages likely foreshadow bigger moves to come, as Bloomberg's Mark Gurman and 9to5Mac's Guilherme Rambo have both reported that iTunes will be replaced by standalone Music, TV, and Podcasts apps in the next major version of macOS, which Apple is expected to unveil at WWDC 2019 on Monday. Notably, while the overall iTunes app as we know it is expected to be discontinued, the reports did not suggest that the iTunes storefront for purchasing music, movies, and TV shows is going away any time soon. iTunes has attracted its fair share of criticism over the years for being bloated software, so its split into three separate apps would be much welcomed. Apple's phasing out of iTunes is likely to be a gradual process, however, so the brand could live on in some capacity for the foreseeable future. Update: As noted by the Iconfactory's Craig Hockenberry, some itunes.apple.com links for songs and artists now redirect to music.apple.com, serving as yet another example of Apple moving away from its iTunes brand.

In fact, as noted by Kyle Seth Gray, it appears that Apple is in the process of dropping iTunes links for apps, podcasts, TV shows, movies, and books as well. Apple will instead use category-specific links such as apps.apple.com, podcasts.apple.com, tv.apple.com, movies.apple.com, and books.apple.com.