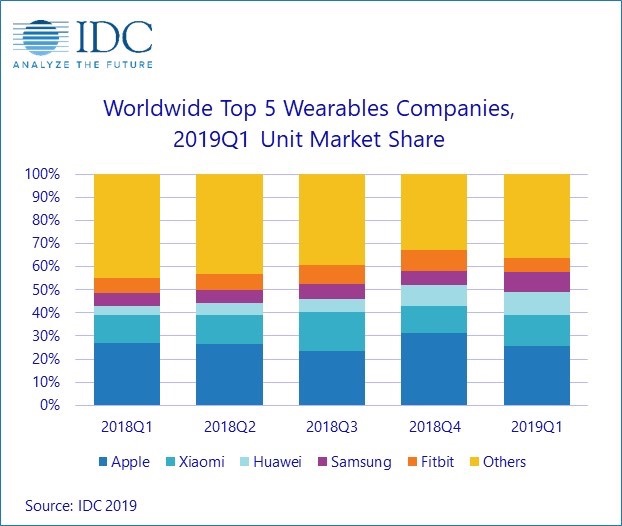 In total, there were 49.6 million wearable devices shipped during the first quarter of 2019, up 55.2 percent from the first quarter of 2018. Splitting the data up by wrist-worn devices only, IDC believes Apple shipped an estimated 4.6 million devices, up from 4 million in the year-ago quarter. Apple was not the top company when it comes to wrist-worn wearables, with that spot going to Xiaomi.

Apple has refreshed its Apple Watch every year since the device was introduced in 2015. In 2018, the Apple Watch Series 4 brought new ECG health features and an updated design with slimmer bezels. In 2019, rumors suggest we could see new casing materials and perhaps new display technology.