Some Leaked Photos From Apple Highly Secretive Center in California

One place us always be highly secretive in Apple California, that is Apple design center where Johy Ive and his Team are working on iPhone and iPad design process. Last month as we reported that Apple has announced a new hardbound book and Apple on this Tuesday posted the promotional video for its new "Designed by Apple in California" monograph, originally viewable via an embedded player on its website. 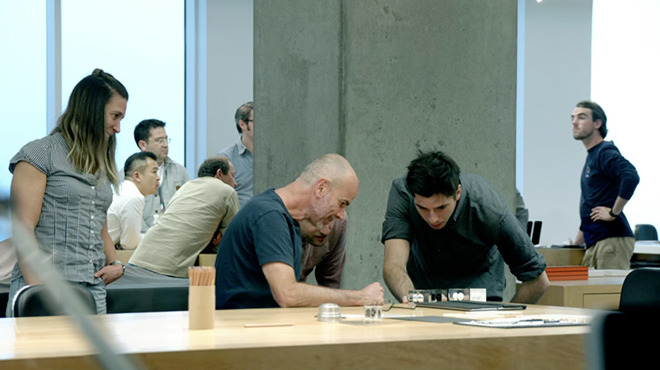 As seen below, the video features Apple SDO Jony Ive discussing the design process, or more specifically how the operation works in Cupertino. From conception to internal discourse amongst the team to modeling and prototyping, Ive breaks down what "design" means at Apple.

Interspersed throughout the short promo are shots of Apple's design lab. The highly secretive facility has made its way into the public eye in past media reports, but the new video is unique in that employees are shown at their respective stations working on various projects.

3uTools shared some pictures with you from this video.