The official Wikipedia app for iOS has been updated this week with an all-new dark mode, letting users adjust the app for better Wikipedia browsing and reading in low-light environments. Aside from expected darker colors, the new dark mode is said to include "image dimming," so brighter pictures aren't as harsh when scrolling through Wikipedia entries. 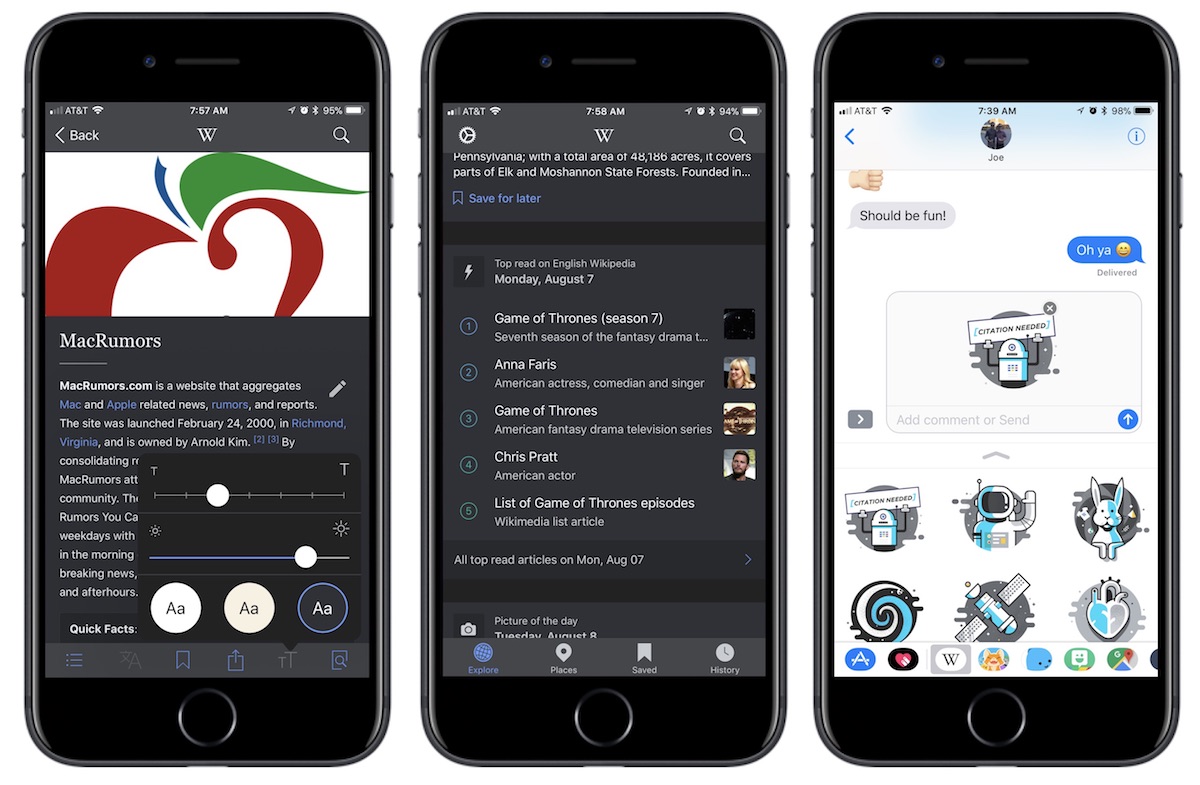 A separate option in sepia colors is available now as well, and Wikipedia said that users will also be able to adjust text size in appearance controls.

The version 5.6 update also introduced an iMessage sticker pack for Wikipedia users, and a few new ways for readers to explore and discover new articles. In the Explore feed, an "on this day" card will highlight interesting events that happened on the day in question throughout history, with a timeline that users can scrub through to see other events on the same day. Standalone iOS apps have been gaining support for dark mode individually over the years, although a system-wide solution introduced on Apple's part remains omitted from any version of iOS. The upcoming launch of iOS 11 will include a new "Smart Invert" feature in accessibility options, reversing the display's colors with an overall effect that's similar to what users want out of dark mode. But the feature doesn't extend to all UI elements in iOS 11, including exceptions related to images, media, and some apps. The official Wikipedia app is available to download for free from the iOS App Store.