Microsoft today announced a rebranding of its game streaming service "Beam," which will now be called "Mixer," along with the launch of a new iOS and Android app that will debut today in beta form. Called "Mixer Create," the app will include a handful of self-broadcasting features that let streamers keep in contact with their audience while on the go. Additionally, down the line Microsoft will update Mixer Create to let creators stream live gameplay of iOS games directly from their iPhones and iPads, similar to how Mixer can stream games on PC and Xbox One. The mobile broadcasts will be viewable by users on any platform that Mixer is on, including the basic Mixer app for iOS [Direct Link] and Android, as well as on Xbox One and the web. 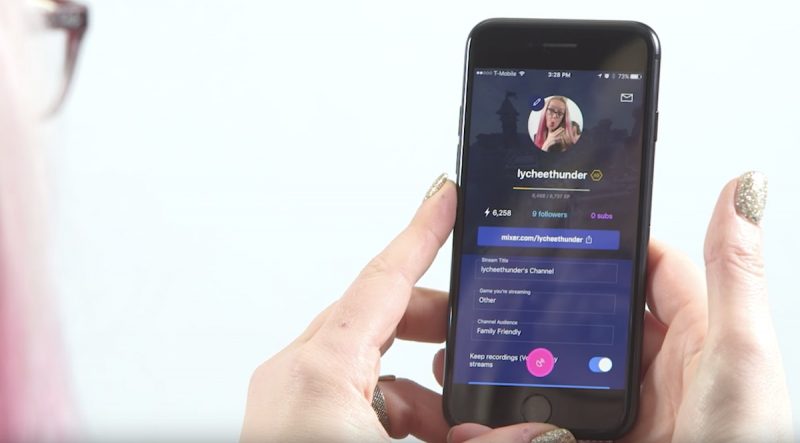 Although it hasn't yet explained the specifics of how the feature will work, Microsoft gave examples of streamers sharing live gameplay from their iPhone, including streaming their hunt for Pokémon in Pokémon Go.

Mixer Create Beta Launches on Mobile Devices (iOS and Android) -- Mixer Create is a new mobile app that enables self-broadcasting, and we’re kicking off the beta today. Soon thereafter, we’ll add the ability to stream live gameplay from your mobile device as well. The ability to broadcast gameplay on-the-go opens up entirely new social gaming possibilities. In the future, you could imagine streaming “Pokémon Go” on your mobile device, through Mixer, and hunting with viewers! Once mobile gameplay streaming launches, you’ll be able to join a co-stream with friends who are broadcasting on PC, console or other mobile devices.

The rebranding announcement today includes multiple other feature reveals, mostly related to the service's website and Xbox One app. Those who stream on Mixer will now be able to co-stream with up to three other people, meaning up to four creators can combine their streams into one experience for viewers to watch. The company said the feature is aimed at co-op games where four players are playing at the same time, but it also supports each streamer playing totally different games as well.

Beam originally launched in January 2016 before Microsoft acquired it in August 2016 for an undisclosed sum, and then integrated the game streaming service into Windows 10 and Xbox One earlier in 2017. In a launch video explaining the name change and detailing the new features, Mixer's director of marketing Jenn McCoy and co-founder James Boehm said that the new name was chosen "because it represents what we love most about the platform, that it's all about bringing people together." Mixer Create should begin rolling out on the iOS App Store throughout the day, and the iOS game streaming features will be "coming soon."