As Apple prepares to open its first retail store in Singapore, the company has also expanded Apple Maps feature availability in the city-state, enabling transit directions. Transit information may still be in the process of rolling out to all customers, but according to the iOS section of Apple's Singaporean website, and a feature availability list, transit directions are live in Singapore. 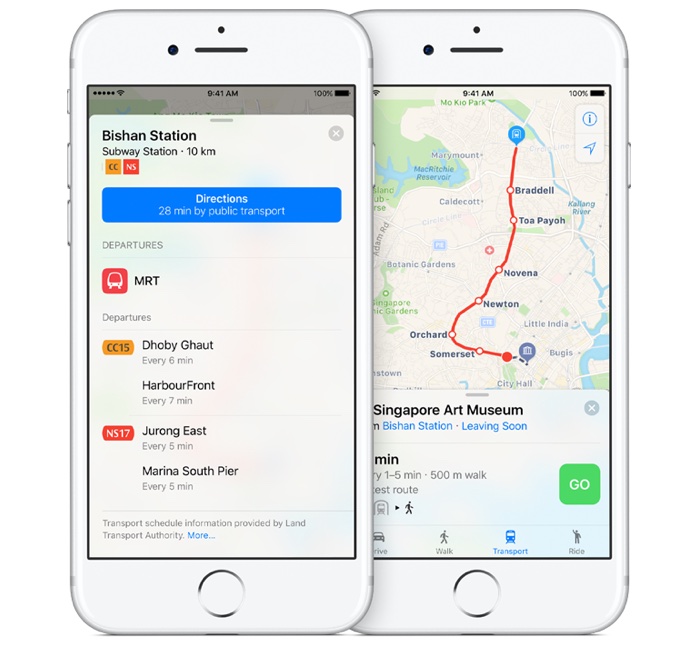 Apple Maps now allows users to get directions for the Mass Rapid Transit (MRT) system that spans across most of Singapore using the "Transport" tab within the app. Each MRT line is color-coded for simple navigation. Along with transit directions, Apple Maps in Singapore is also gaining points of interest, a feature designed to highlight notable buildings, parks, and other landmarks. Transit directions have been available since iOS 9 launched in 2015, and while availability was limited at launch, Apple has been slowly expanding transit information to various countries around the world. More than 10 countries now have access to transit directions, and the feature has also expanded to many locations in the United States. A full list of where Transit directions are available can be found on Apple's website.