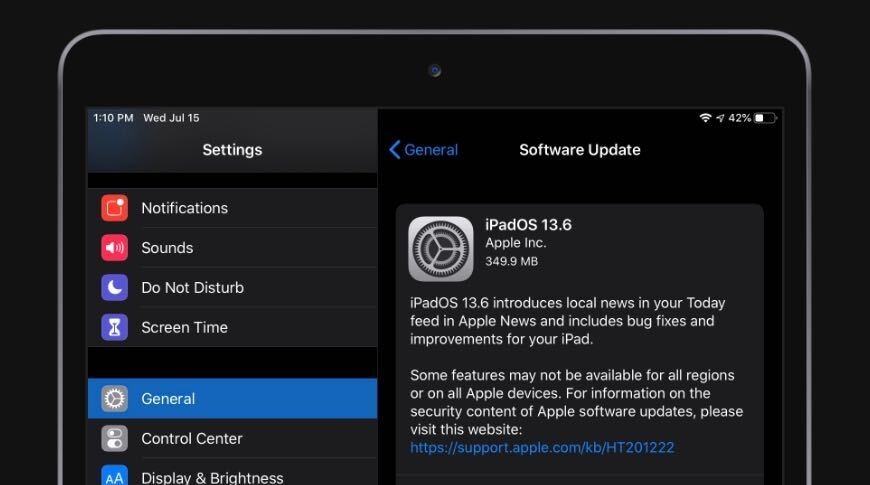 Additionally, Apple CarKey support is now active in iOS 13.6 and watchOS 6.2.8, meaning that users can store digital car keys in the Wallet app on their iPhone and iPads. The CarKey feature will initially only be compatible with certain BMW models, but will likely be expanded to include other carmakers in iOS 14 and beyond.

iOS 13.6 also adds a new "Symptoms" menu to the Health app, and implements a slew of bug fixes and under-the-hood improvements. One notable miscellaneous addition is a new toggle that will give users more granular control over iOS and iPadOS software updates.

tvOS 13.4.8 and macOS 10.15.6 appear to be bug-fixing updates with no major user-facing features. Besides CarKey support, watchOS 6.2.8 is similarly minor with only an expansion of irregular heart rhythm notifications and ECG app availability detailed in Apple's release notes.

Users should now be able to download the software updates over-the-air on iPhones, iPads, Macs, Apple TVs and Apple Watches.

This is likely to be among the last rounds of updates to the current iOS 13, macOS Catalina, tvOS 13 and watchOS 6 cycle as Apple transitions its focus to iOS 14, macOS Big Sur, watchOS 7 and tvOS 14.