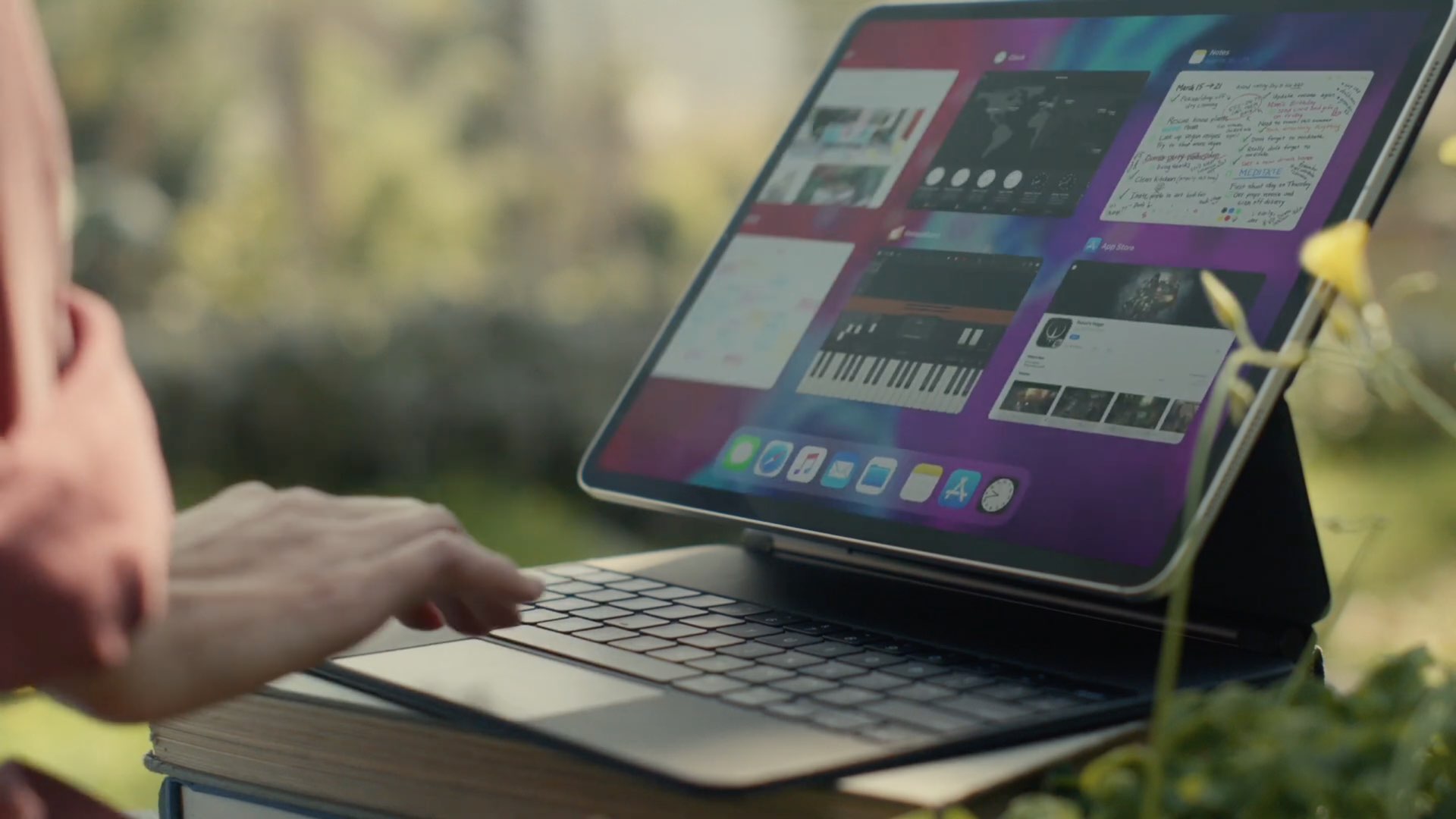 Earlier this week, Apple opened the gates and allowed folks to order the brand new Magic Keyboard for the iPad Pro, with deliveries expected to start arriving before the end of the month.

And while there are plenty of future owners out there who ordered the new, high-priced accessory as soon as they could, many won’t be getting the device for a little while still. YouTuber MrExitStrategy is not one of those people, however. MrExitStrategy was nice enough today to publish a handful of first hands-on videos of the brand new Magic Keyboard on his channel, showing off all the details you might be interested in.

The first video measures in at just 19 seconds, but we get to see the different folding angles that the Magic Keyboard offers with its “floating” cantilevered design. It offers viewing angle adjustments up to 130 degrees, so it won’t be as robust as, say, a built-in kickstand. But it will probably be good enough for most people.

The next video uploaded by MrExistStrategy shows a more general overview of the Magic Keyboard for iPad Pro. It’s a bit longer, coming in at just over three minutes, and it does a solid enough job showing off Apple’s latest iPad accessory.

The next video I’m going to highlight from MrExitStrategy is the settings for the new Magic Keyboard. It’s in here that future users will be able to change the brightness levels of the keyboard’s backlit keys. The brightness can be adjusted manually, or it can be switched to adjust automatically based on ambient lighting conditions.

There are a couple of additional videos on MrExitStrategy’s YouTube channel. One is a comparison video of the new Magic Keyboard and Apple’s Smart Keyboard Folio. And finally, a Q&A that MrExitStrategy posted regarding the new accessory. They’re definitely worth a watch as well.